This summer, the GenderInSITE report Pathways to Success: Bringing a gender lens to the scientific leadership of global challenges has been presented in three different venues in Brazil.

Pathways to Success was the topic of the 17th of June “Debates of PPGSA”, the regular seminar of the graduate program in Sociology and Anthropology of the Federal University of Rio de Janeiro. The program is one of the three best evaluated Sociology programs in Brazil and offers both PhD and MSc titles. The presentation gathered both graduate students and lecturers. The presentation of the report by Alice Abreu was followed by the comments of Dr. Moema Guedes, of the Federal Rural University of Rio de Janeiro.

At the Pre-Event of the annual meeting of the Brazilian Chemical Society on the 24th of May 20a9, organized by Aldo Sena from the Biochemical Department of the Federal University of Santa Catarina UFSC, campus Blumenau, a round table discussed the issue of Women in Science and Alice Abreu presented the GenderInSITE report.

It was, however, at the 42nd Annual Meeting of the Brazilian Chemical Society (SBQ in the Brazilian acronym) that the issue of gender and science was given center stage. The Annual Meeting gathered around 1600 chemists from all over Brazil as well as international invitees and was held this year at the city of Joinville, at Santa Catarina. Organized by the recently created SBQ Women's Nucleus, chaired by Dr. Rossimiriam Freitas and Dr. Elisa Orth, the issue of women and science was discussed at the Symposium Multiplying Feminine References on July 29th. It was followed by the ceremony of the Vanderlan da Silva Bolzani Award, created by the association to celebrate the achievement of women chemists. Without any other parallel activity, the Symposium and the Award gathered more than 400 participants and marked the commitment of the SBQ with the theme of women and science. 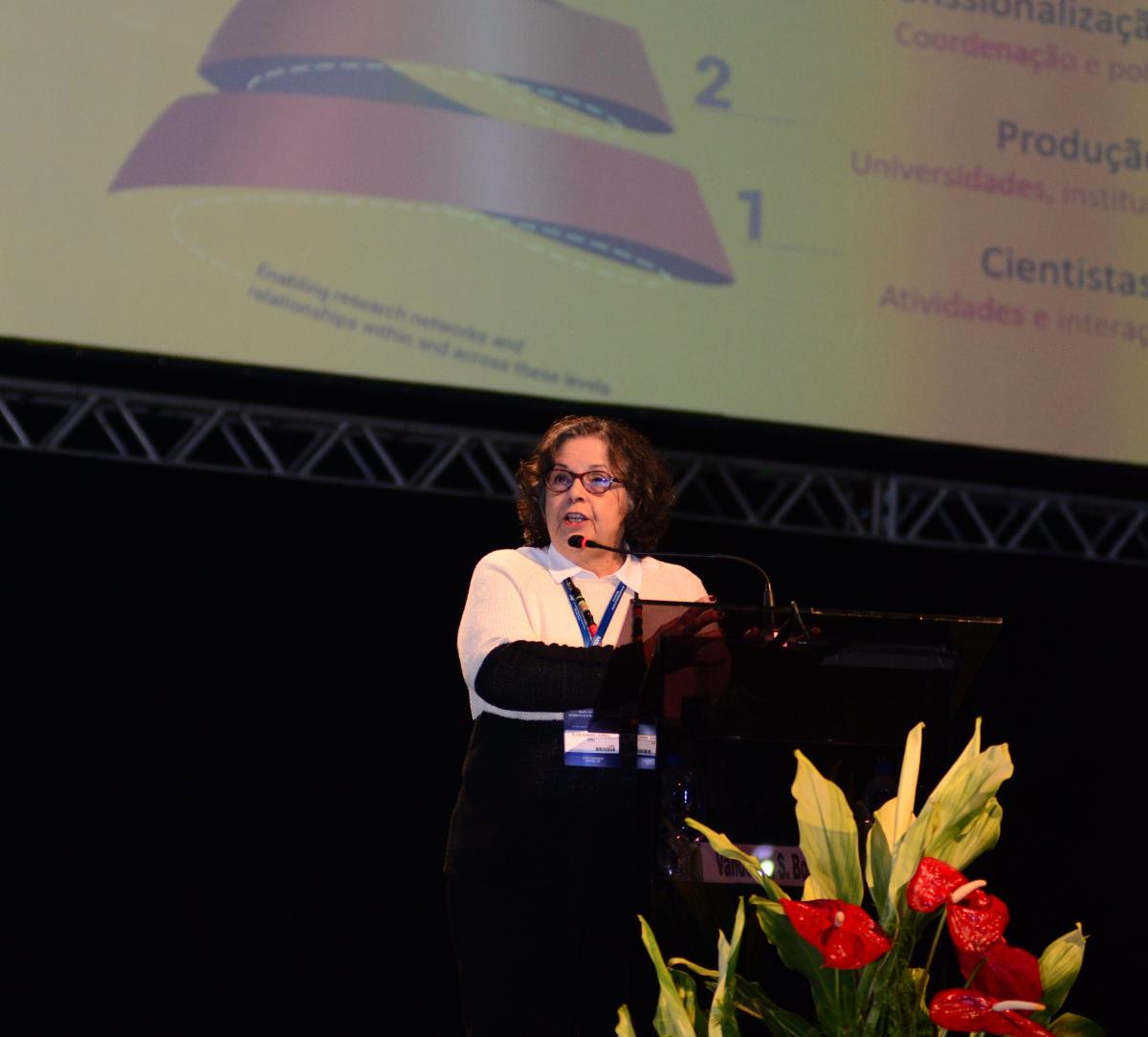 The symposium gathered three speakers, Nadya Pesce de Oliveira from the Federal University of Rio Grande do Sul, Silmara das Neves, CEO of IQX Inove Qualyx, and Alice Abreu, of the Federal University of Rio de Janeiro who presented the GIS report. The key message that “today it is recognized that it is not a case of changing women so that they adhere to the masculine model of scientific production, but of deep structural changes in institutions”, was well received, as was the recognition that leadership pathways are needed to increase the still too few women in high level positions.