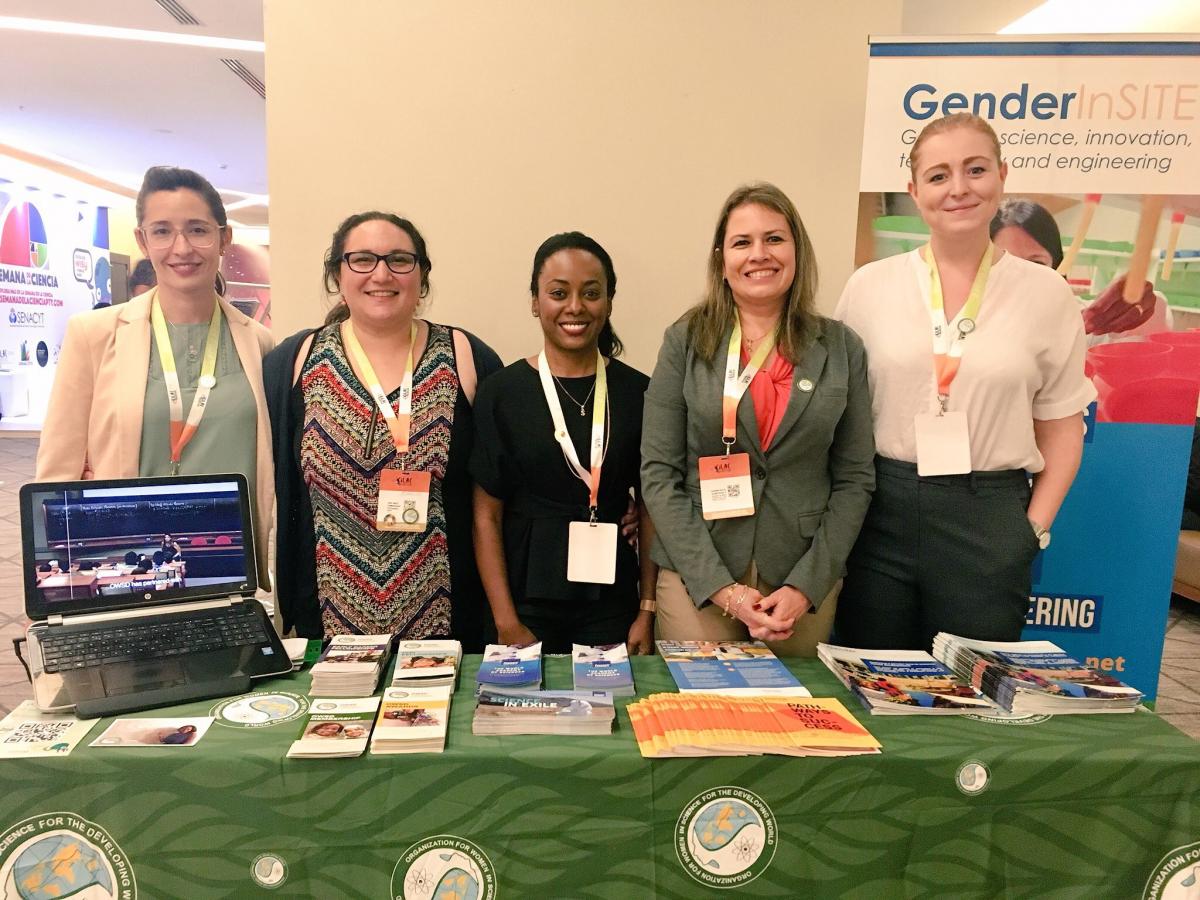 The Latin American and Caribbean Open Science Forum 2018 (CiLAC 2018) was held in Panama City, 22‐24  October 2018. The forum brings together the best scientists and decision makers of the region and  is a platform to offer recommendations for sustainable solutions and mechanisms that support science policies in Latin America and the Caribbean; in line with the 2030 Agenda for Sustainable Development. GenderInSITE and OWSD (the Organisation for Women in Science for the Developing World) co‐sponsored the event, enabling young women scientists from across the LAC region to attend.

The two organisations supported the attendance of three women scientists (and OWSD members) from the region: Ana Ines Zambrana, a molecular biochemist from Uruguay; Danila Dias, a nuclear engineer from Brazil; and Dr Karin Olmstead, a medical doctor and surgeon from Guatemala. They were  also joined by 2014 OWSD‐Elsevier Foundation Award Winner Dr Simone Badal, a lecturer and anticancer researcher from Jamaica, whose attendance was funded by the Elsevier Foundation.

These four scientists helped the GIS Administrative Officer, Fiona Dakin, at the GIS-OWSD communication stand to speak with participants of the Forum about GenderInSITE and OWSD’s activities (in four languages!). They were also able to attend sessions relevant to their own research and professional development.

Among other dissemination material, GIS was happy to show an exclusive preview of its upcoming report, Pathways to Success: Bringing and Gender Lens to the Scientific Leadership of Global Challenges, which will be published this year, and distribute copies of its booklet of informative fact sheets, in English and Spanish, on applying a gender lens to science‐based development in the GIS six thematic areas: climate change; agriculture and food security; water and sanitation; energy; transportation; and education and the workforce.

Over the three days GIS and OWSD representatives spoke to hundreds of attendees, and fostered interesting discussions with scientists, journalists, and organisations on the subject of gender, science policy, and sustainable development.