Professor Alice Abreu, GenderInSITE’s former director, delivered a presentation at this year’s Latin American and Caribbean Science Forum (Foro CiLAC) in a panel organized by the International Development Research Center (IDRC), titled Exclusion on the investigation systems in Latin America and the Caribbean: experiences, challenges and alternatives. Her presentation focused on the strength that diversity, particularly gender diversity, brings to scientific research. She warned of the serious consequences of ignoring gender and sex in scientific research, as documented for example in Stanford University’s Gendered Innovations project. She also advised that inclusion and diversity should be built into a project from its very inception. To conclude, she pronounced that “Diverse science is better science”. 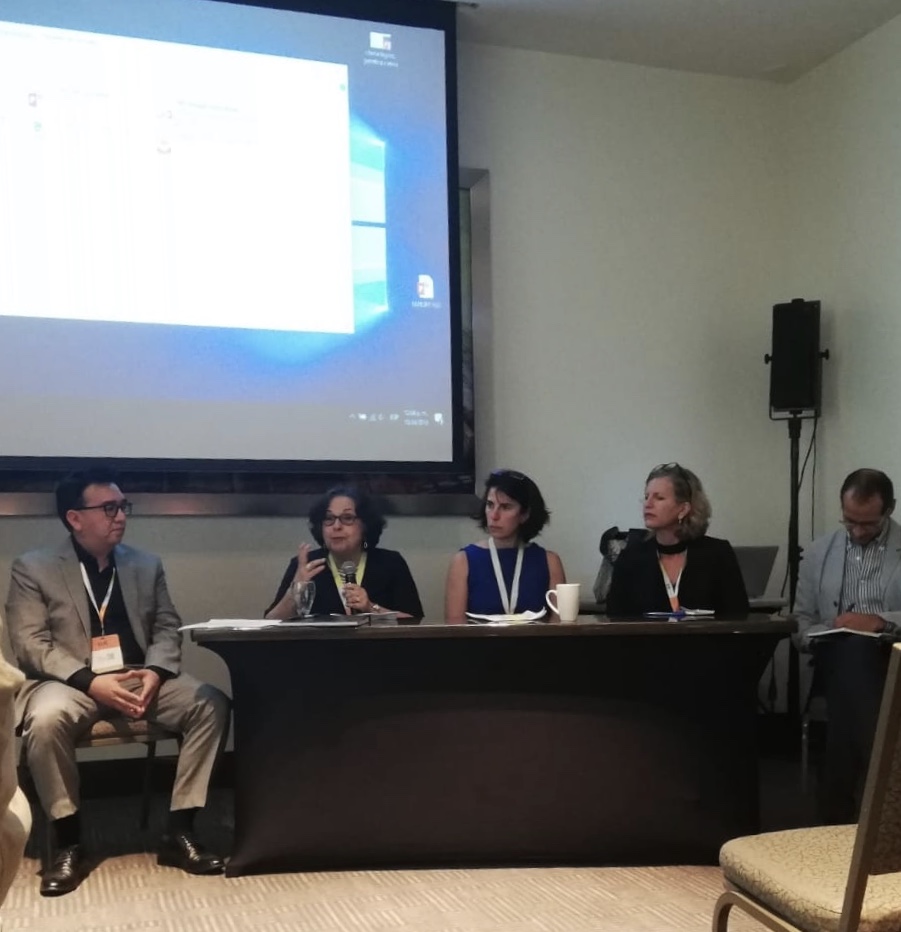 Professor Abreu also acted as chair for the High-Level Session on Ethical principles for climate change policies, introducing short presentations and discussion from five decision-makers from the Latin-American and Caribbean region. Alida Spadafora, Senior Dispatch Advisor to the Mayor's Office of Panama, noted Latin America’s unique position to protect and manage forests. Leonardo Amarillo, Professor of Biological Diversity at the National University of Córdoba, spoke in favour of south-to-south co-operation between institutions, concrete educational activities at every level, and concrete policies for conservation. Dra Maritza Garcia Garcia, President of the Cuban Environmental Agency, outlined the measures and policies brought in by the Cuban government to mitigate, reduce, and adapt to natural disasters caused by climate change; she ended with an emphasis on the role of communication for the future of a planet adapting to climate change. Jenny Ofelia Carrasco Arredono, Vice-Minister of Science and Technology for the Ministry of Education in Bolivia, stressed that climate change affects everyone, noting that it is however predominantly industrialised countries that consume the most, and the most unsustainably, while those with the fewest resources are asked to mitigate the effects of climate change. Finally, José Roque Junges, Professor of Ethics at UNISNOS, Brazil, reminded the room that climate-change denial is often economically-driven, and called for a strengthening of indigenous, local, and rural knowledge. 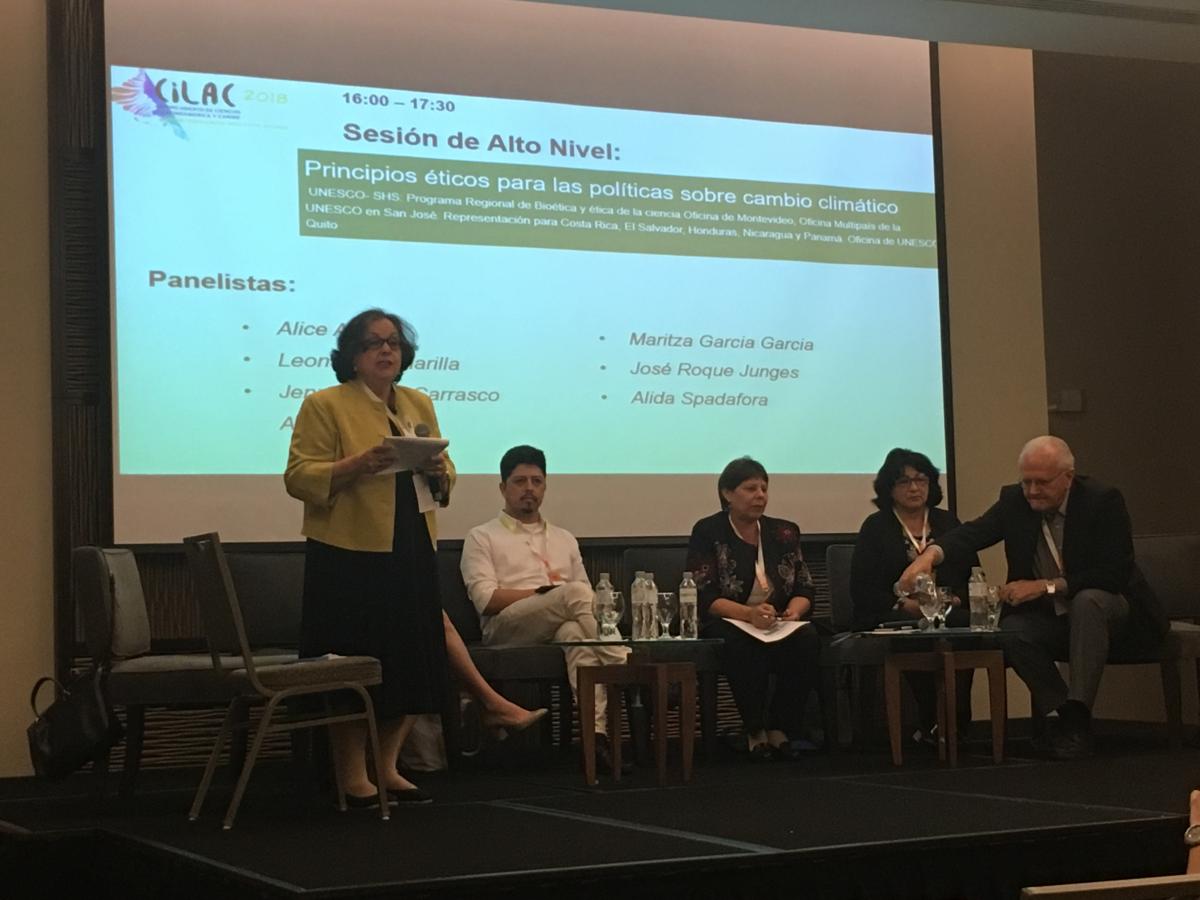