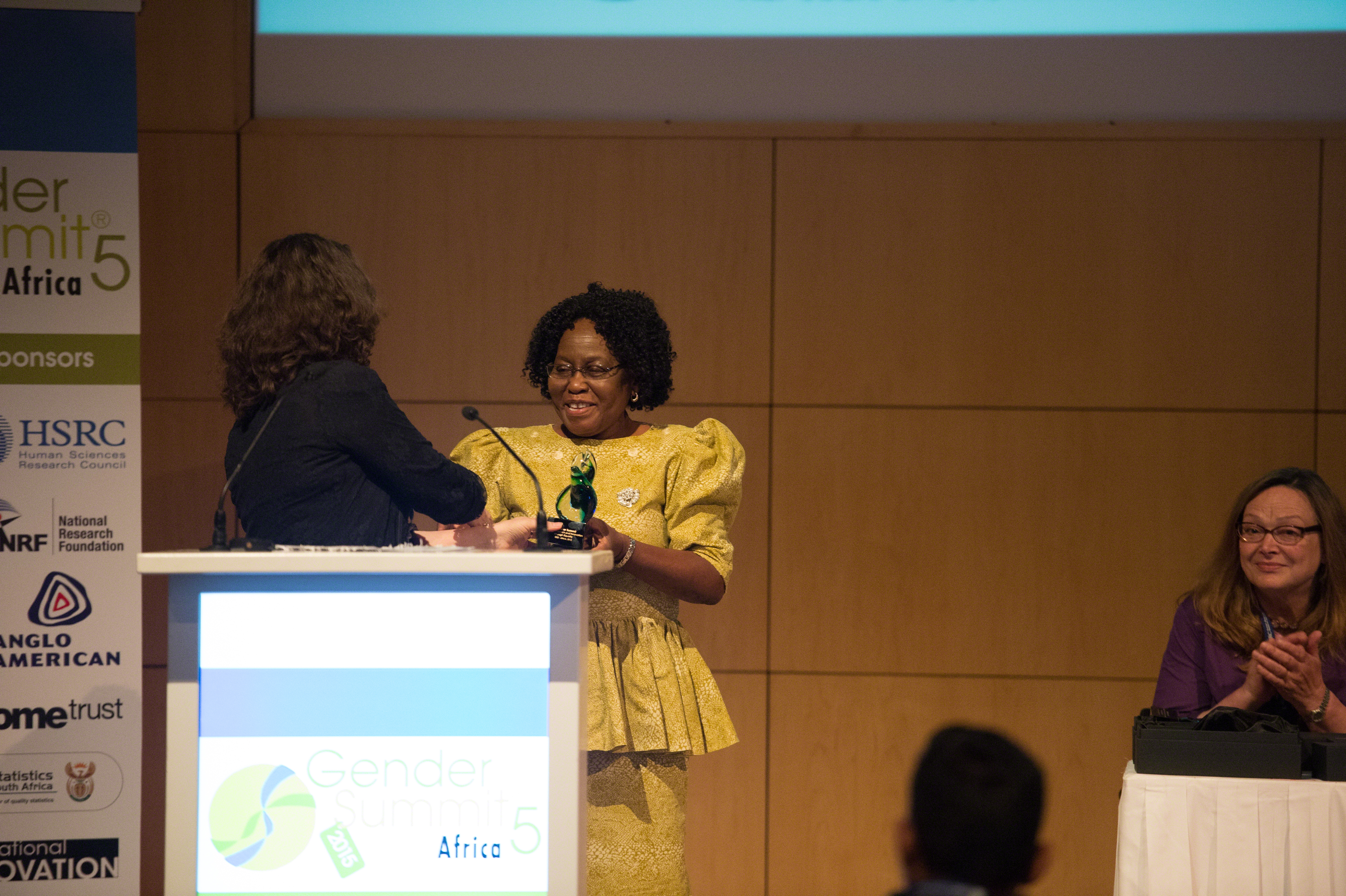 More than 300 delegates from over 30 countries attended the first African Gender Summit in Cape Town, South Africa from 28-30 April.

The Gender Summits were established in 2011 as a platform for dialogue where scientists, policy makers and gender scholars can jointly examine evidence on gender issues in science (participation, decision-making, science knowledge and practice) and establish consensus on what actions are needed to address common problems. Previous Gender Summits have been held in Europe and North America.

This first African Summit had the theme 'Poverty alleviation and economic empowerment through scientific research & innovation: better knowledge from and for Africa.' It coincides with the African Union’s Year of Women’s Empowerment and Development Towards Africa’s Agenda 2063.

South Africa Minister of Science and Technology Naledi Pandor opened the conference with an inspiring plenary speech about women's role in S&T in South Africa. In an interview with SABC Digital News before the conference, she said:

We need to shift our attention as we carry out research and ask what is the impact of this particular practice on women? How do women experience the various areas that we seek to study, even the drugs we wish to introduce, the service we wish to provide? We might all think that introducing information communication technology is a great benefit – but if women don’t have access to it then it’s not a benefit to society because they’re the larger part of society.

Over the next three days, a series of panels on issues ranging from Building Africa’s scientific human capital” to “Funders affecting change in research strategies and priorities” explored the various ways in which achieving gender equality in SITE can lead to better and more sustainable outcomes, particularly with respect to development and other challenges in Africa.

Tonya Blowers, Programme Coordinator of the Organization for Women in Science for the Developing World (OWSD), attended the Summit and chaired the panel,”Important Early Career Milestones and Support” in which five early career researchers (including three OWSD fellows) discussed how to successfully navigate this highly uncertain phase of their careers. Said Dr. Blowers,

Members of the audience were mostly early career women researchers too, seeking answers to the challenges they face: how do you get funding to pursue advanced scientific research; how do you keep going even when the most intensive period of research coincides with the time you want to have children; how do you persuade extended family members who are farmers or businessmen that science is the right choice for a woman; how do you become head of department, or sit on a committee; how do you make sure you get the same pay as men?; and one of the most important examples the panellists gave was how to keep going when everything becomes too hard. The fact that the panellists had faced - and shared - all kinds of challenges but were in front of us, clearly successful and fulfilled, was very motivating and reassuring for other women considering scientific careers.

Recommendations emerging from the Gender Summit will feed into the 25th AU Summit in South Africa in June, where Heads of State and Ministers will discuss gender and women’s issues in relation to Africa’s Agenda 2063.  They will also be used in the drafting of a policy charter to be adopted by Summit participants.

The importance of international collaboration in carrying forward these recommendations was recognized in the conception of a Gender-Focused Multi-national Collaboration (GFMC), as well as a social network to build an engaged community around gender and science issues on the continent.

Full proceedings from the Africa Gender Summit as well as a scholarly book on gendered science and innovation will be made available by the Summit organizers; check the website for updates.

Two more Gender Summits will take place this year—in Seoul, Korea, in August and in Berlin, Germany in November.