GenderInSITE, represented by its Director, Prof Roseanne Diab, participated in a roundtable titled “What drives the gender gap in science, technology and innovation? And how do we close it?” at the 63rd session of the UN Commission on the Status of Women in New York on 20 March 2019. 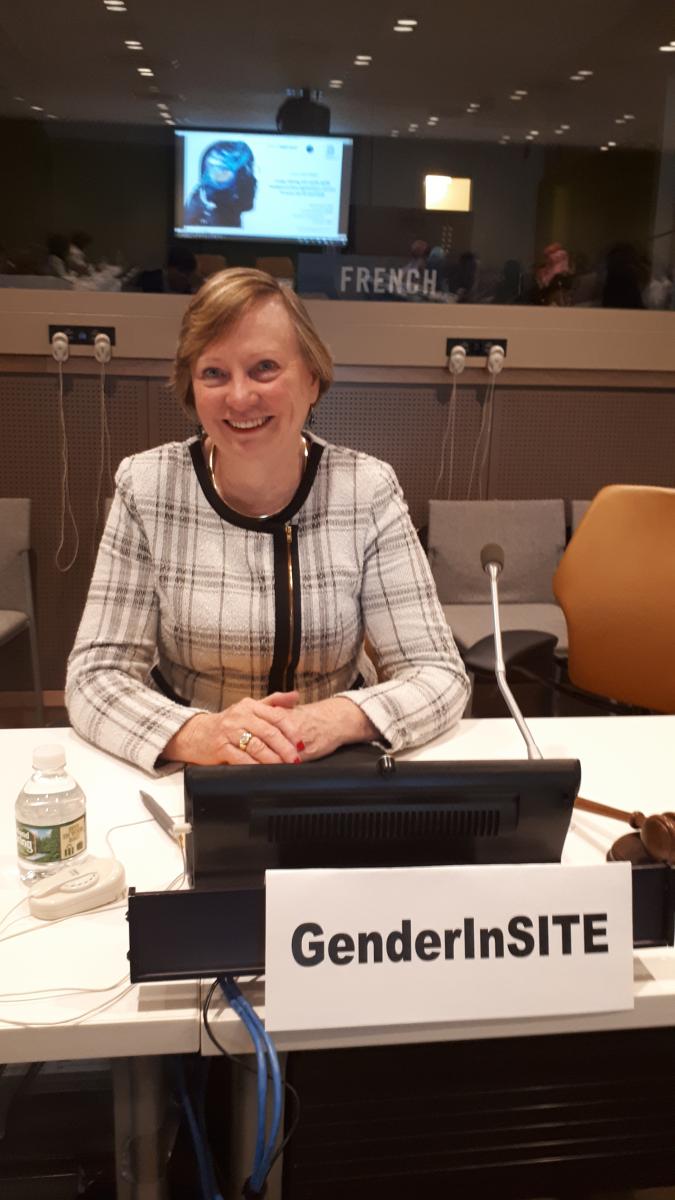 The session, which was organized by UNESCO, was moderated by the Director of the UNESCO Liaison Office in New York, Ms Marie Paule Roudil, who drew attention to the key role that UNESCO is playing in promoting women and girls in and for science. Opening remarks were given by H.E. Ambassador Kai Sauer, Permanent Representative of Finland to the UN. He emphasized Finland’s commitment to gender issues, noting that Finland’s number one ranking on the happiness index might be due to the country having made good progress in closing the gender gap in many spheres.

Addressing a packed room, the three panelists each made short interventions before taking questions from the audience. Alessandro Bello of UNESCO Paris, spoke about the SAGA (Science and Gender Advancement) project, highlighting relevant statistics such as the low representation of women researchers (< 30%) and the steps that needed to be taken to close the gender gap.

Roseanne Diab’s presentation focused on the recent report published by GenderInSITE, namely “Pathways to Success”. She spoke about the key themes that emerged from interviews conducted with women in positions of global scientific leadership. These were:

The third speaker, Duygu Sag, a recipient of the UNESCO-L’Oréal International Rising Talents award in 2018, spoke about the many barriers that women face, such as gender stereotypes, and using herself as an example, encouraged young women to resist these and strive to overcome obstacles placed in their path.

From a GenderInSITE perspective, much interest was generated in the “Pathways to Success” report.