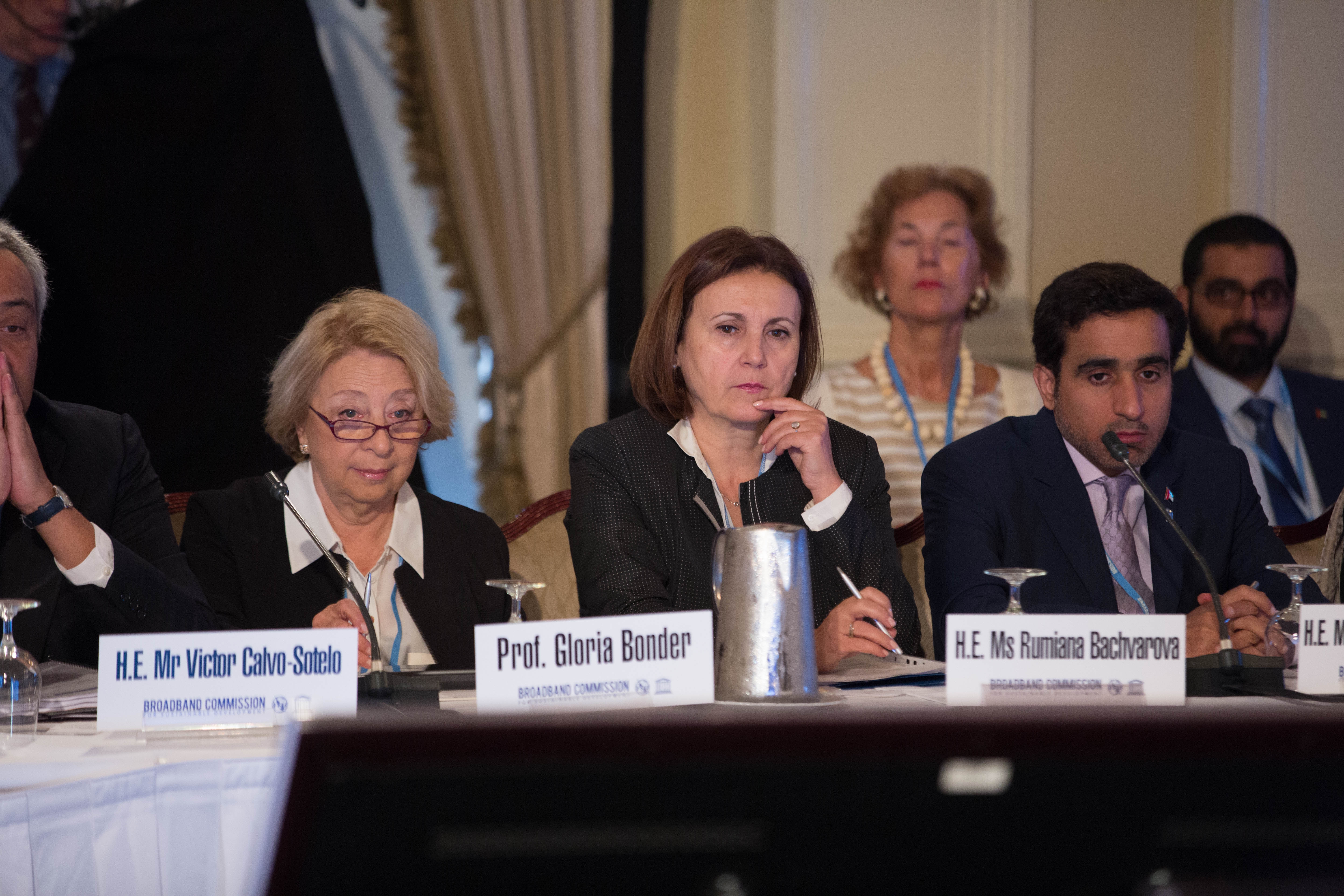 The Broadband Commission was formed in May 2010 with the goal of promoting inclusive broadband access worldwide in support of the SDG's predecessors, the Millennium Development Goals. Comprising national and international policymakers, industry and academic leaders and other stakeholders, Commission members identify best policy practices at various levels to bring greater access to diverse end-users, particularly in the developing world and in underserved communities, and make recommendations for strategic investments in designated policy areas. In 2013, a specific gender focus was introduced with the addition of a fifth target to the previously identified four targets:

The Commission's 2015 State of Broadband report, released shortly before the meeting and available for download below, provides an analysis of broadband access across 160 economies. While worldwide, the number of households with Internet access has increased from 31.5% to over 34.1%, the report notes that women and girls often have more restricted access to ICTs than boys and men, particularly in developing countries.  Furthermore, even when they do have access, rigid gender roles and other cultural barriers as well as lack of appropriate training in use of ICTs may prevent them from obtaining the full benefits of the technologies.

A separate report released by the Commission, Cyber Violence Against Women and Girls, looks at the risks to women and girls from online technologies, from cyber-bullying to widely visible sexual harassment to physical threats to women's safety. It catalogs new forms of cyber-violence and underlines the need for prudent action on the part of policymakers, internet companies and regulators, and other leaders to minimize these risks. Download the full report below.